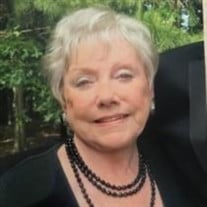 Born in Brooklyn, N.Y. on November 7, 1937. The daughter of the late parents were Lyyli and Henry Aalto, both immigrants from Finland. Her father was a pressman at the Finnish newspaper and Lyyli worked at the Finish Koffee Kabin with her sisters. Lilja and her sister Betty-Lou were first generation children born in America. At the age of 5 her father was employed by the Government Printing Office in Wash. D.C. The family moved to the D.C. area where she spent her childhood and completed her education. She was a graduate of Suitland High School class of 1955 with a one- year academic scholarship to George Washington University. She then continued her education at the University of Maryland. In her late teens she was encouraged to enter the Miss America competitions finishing as a finalist in both the Miss Maryland and Miss Washington D. C. contests. She also studied the art of dance throughout her childhood and at the age of 16 she became a licensed dance instructor through her schooling years until her marriage at the age of 21. She loved her life as a wife, homemaker and mother of her 2 sons, Brad and Peter, and daughter Roni. The family lived in Oxon Hill, the suburbs of Wash. D. C. When the children became teenagers they moved to Annapolis. After the children were grown, at the age of 45, she returned to the business world in commercial real estate and earned the designation of "Certified Commercial Investment Member", CCIM. She was only the second women designee in the State of Maryland. Her real estate knowledge enabled her to become manager of the two top commercial real estate companies in Annapolis. She was a partner in the purchase, development, and ownership of The Annapolis Commerce Park, a 25acre business park in Annapolis. In 1987 she was given "A Tribute to Women in Industry" award for her outstanding work in her field. After her divorce in 1990 she established her own company as broker of Gabardini Enterprises. Moved to Easton, MD where she designed and built her third personal home. Here she continued her profession by buying, renovating, renting, and selling properties in Annapolis, the Eastern Shore and Florida. At this time of her life, she spent much of her time traveling extensively to Europe, the Mediterranean, Russia, and Finland. She found the love of golf and joined the Senior Golfers of America. She spent 20 years traveling with the organization playing tournaments at PGA resorts throughout the country. She enjoyed touring the Caribbean, and Central America. Included in her travels were six NFL Super Bowl games. She found time to do many hours of volunteer work for the Talbot County Humane Society, the Academy of arts and Friends of Hospice. Her hobbies included sewing, cooking, gardening, photography, tennis, golf and travel. She was well accomplished in each. After her retirement at the age of 77, she spent most of her time enjoying the success and activities of her children and grandchildren. A funeral service will be held at noon Tuesday April 26, 2022 in the Wye Bible Church 115 Narnia Drive Grasonville, MD 21638. The family will receive relatives and friends from 11AM to Noon. Burial will follow the service in Lakemont Memorial Gardens in Davidsonville, MD at 2PM. For online condolences see www.fhnfuneralhome.com

Born in Brooklyn, N.Y. on November 7, 1937. The daughter of the late parents were Lyyli and Henry Aalto, both immigrants from Finland. Her father was a pressman at the Finnish newspaper and Lyyli worked at the Finish Koffee Kabin with her sisters.... View Obituary & Service Information

The family of Lilja Anne Gabardini created this Life Tributes page to make it easy to share your memories.

Send flowers to the Gabardini family.