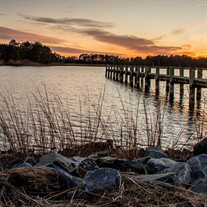 Kenley “Sonny” Tilghman Hampton, Jr. of Centreville, MD passed away on January 11, 2022, at the University of Maryland Shore Medical Center in Easton, MD. Locally known as “Sonny Boy”. He was 89. Born on December 2, 1932, in Chester, MD, the son of the late Kenley Tilghman Hampton, Sr and Mary Evelyn Blockston Hampton. After his father’s passing at a young age, Sonny gave up his education to help care for his mother and siblings. Well known as a Veteran waterman, first starting in our own backyard, him and his brother, Abby, were the first waterman to introduce diesel engines on their work boats. He knew all the tricks and trades of the water some of which included; crabbing, clamming, and oystering. His career as a waterman also made him well known for running fishing parties which included, but never limited to; patent-tonging, hand-tonging, and trot-lining. When it came to the water, family, and those closest to him there was nothing he was unwilling to do. Whether it be advice or lending a helping hand he was always willing and ready to help within his community. A community in which he will be deeply missed. Sonny is survived by his siblings Albert “Abby” Hampton; Beatrice H. Dust; Mary E. Hampton; Children Robert “Buddy” Hampton (Sue); Dennis “Denny” Hampton; Debra Hampton; Grandchildren Brandy Buchholz; Brooke Smith (Jamie); Sean Hampton (Shannon); Jeremy Hampton; Elizabeth Ober; Sarah Evans (Brett); Scott Hickman (Melanie); Kelly Hickman; and his sum of 13 great grandchildren, as well as his many nieces and nephews. He was predeceased by his wife Mildred Hampton in 2016, as well as siblings Marilyn Holmes; William “Bobo” Hampton; Half-brothers Richard LaBrie and Elwood LaBrie. Services will be held privately. The family asks that any donations be made to the University of Maryland Shore Medical Center(s) or the Queen Anne’s County Watermen’s Association. Questions and concerns regarding donations to University of Maryland Shore Medical Center(s) may be directed to Brooke Smith. Donations to the Maryland Watermen’s Association, directed to Queen Anne’s County.

The family of Kenley Tilghman Hampton Jr. created this Life Tributes page to make it easy to share your memories.

Send flowers to the Hampton family.