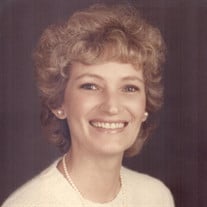 On March 31st, 2022, Judith Anne (Judy) Macindoe passed away at the Easton Memorial Hospital. Judy was born at Sibley Hospital in Washington, DC on January 27th, 1944. She attended and graduated from St. Cecilia’s Academy in Washington, DC. She entered employment with American Airlines and served several years as a flight attendant. She later returned to Washington and worked on the staff of the Postmaster General. In 1970, she relocated to Annapolis and worked for the Honorable Blair Lee in the Mandel Administration. After Mr. Lee was elected Lieutenant Governor, she was appointed as his personal secretary, a position she continued to serve when Mr. Lee became acting governor of the state. She further served on the staff of Governor Harry Hughes during his two terms as governor. On July 1, 1983, Judy married Colin W. Macindoe. They resided in Easton until her passing. There were no children of the marriage. In addition to her husband, she is survived by her brother Anthony Stevens (Carol) and sister-in-law, Mary Powell; along with her nephews and nieces, Michael Stevens (Anita), Thomas Stevens (Lisa), Susan Miller (Tony), Neil Macindoe (Jean), Heather Crowder (John) and Dyke Booze (Linda). She was predeceased by her parents, Winter Baylis Stevens, and Helen V. Stevens. She was also predeceased by her brothers Michael Stevens (Beverly) and Daniel Stevens. There were many neighbors and friends who helped Judy during her illness. Some of those were Tracey Kollinger, R.N., the entire Broll family: Paula, Kevin and a special good friend, Conor, Sally and Carl Fink, Eddie, and Jackie Westerfield and many others. All will be remembered with our gratitude for a long time. Private interment will take place at the Church of the Holy Trinity, Oxford, MD. A Celebration of Life will take place on Wednesday, April 6th, 2022, at 12 pm at the Easton Elks Lodge #1622. Memorial contributions may be made in her memory to: The Talbot Hospice Foundation, 586 Cynwood Drive, Easton, MD 21601, or Talbot County Humane, P.O. Box 1143, Easton, MD 21601.

On March 31st, 2022, Judith Anne (Judy) Macindoe passed away at the Easton Memorial Hospital. Judy was born at Sibley Hospital in Washington, DC on January 27th, 1944. She attended and graduated from St. Cecilia&#8217;s Academy in Washington,... View Obituary & Service Information

The family of Judith "Judy" Anne Macindoe created this Life Tributes page to make it easy to share your memories.

Send flowers to the Macindoe family.