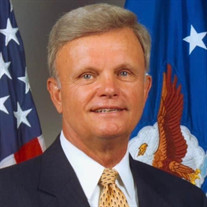 Joseph “Joe” Diamond, 79, of Easton, Maryland, passed away peacefully on Thursday, March 24, 2022, with his wife and family by his side. Born in Scranton, Pennsylvania on October 18, 1942, to the late Joseph and Helen Diamond, Joe’s life was distinguished by service to his country, family, community, and church. Joe attended Dunkirk Seminary in New York before graduating from St. Patrick’s High School in Scranton. He attended the University of Scranton for one semester but decided military service was his calling. Joe enlisted in the United States Air Force in 1961 and served for 23 years, including two tours in Vietnam. He rose to Chief Master Sergeant, the ninth and highest attainable rank held by less than one percent of enlisted airmen. While on active duty, Joe also earned his bachelor’s degree and two master’s degrees in Business Administration & Management and National Resource Strategy. He received the Meritorious Service Medal with two oak leaf clusters, the Air Force Commendation Medal with three oak leaf clusters, the Humanitarian Award for helping stranded motorists during two crippling blizzards, and many letters of commendation. He attended the AF Logistics Command Noncommissioned Officer Leadership School at Robbins AFB, GA; was an instructor at the NCO Academy at Barksdale AFB, LA, and a Fourth Degree Knight of the Knights of Columbus in Grand Forks, ND. After retiring from active duty in 1984, Joe began his second career with the Air Force civil service and served 22 years in numerous leadership positions. He was Program Manager for the Survival Avionics and Combat Edge System Integration with the F-16 System Program Office; Deputy System Program Director for Special Operations Force Programs; Associate Director of Acquisition Career Management; and Chief of the Acquisition and Resources Division with the Office of the Assistant Secretary. In 1998, he was appointed to the Senior Executive Service. Joe concluded his civil service as the Pentagon’s Director of Small and Minority Business programs and enjoyed counseling Historically Black Colleges and Universities on opportunities and careers in the Air Force. He retired as a civilian two-star general equivalent. In 2004, he received “Presidential Rank Award of Meritorious Executive” award for sustained superior accomplishment in public service from President George W. Bush. Moving to Easton in 2004 felt like “coming home” and Joe felt it was guided by the hand of God, bringing new opportunities of service. Most rewarding, Joe began a 16-year-long role as volunteer sacristan for Saints Peter and Paul Catholic Church. He performed his sacristan duties under Fr. Coine and, through the years, with Fr. Olson, Fr. Evers, Fr. Nash, and Fr. Angeloni. Joe was proud to set up for baptisms and Christmas and Holy Week liturgies; order wine, communion wafers, and candles; help visiting priests; open and close the church; and assist in myriad other duties. If questions needed answered, Joe was the go-to guy. He was affectionately known as “the illuminati.” Joe also enjoyed serving Saints Peter & Paul School as a member of the School Advisory Board, later the Board of Specified Jurisdiction, where he served as Finance Chair and on the Marketing and Enrollment Committee. In October 2011, Bishop Francis Malooly awarded Joe the “Order of Merit” for his “outstanding contributions to the Diocese of Wilmington.” In his “spare” time, Joe found time to volunteer at Society of Saint Vincent de Paul. Over the years, he bagged groceries for the hungry, and helped his wife, Carlyn, with all the fundraisers that she chaired. Joe always felt blessed with the best neighbors and friends anyone could ask for. His Christmas decorations were a source of pride and enjoyment for passers-by and the neighboring Memorial Hospital staff and patients. For relaxation, Joe loved the Washington Nationals baseball team and golf, a sport he played for 50 plus years. Most Monday mornings, he could be found at Hog Neck Golf Course with his group of buddies and many new friends whom he met through his membership and travels within the Maryland Interclub Senior Golf Association. Above all, family was Joe’s greatest love and source of pride. He leaves behind his wife of 39 years, Carlyn Diamond; daughters, Lisa Ridgeway (Gary), Robin Miller (Ty), Danielle Moore (Theo); grandchildren Logan, Britni (Randy), Ashlynn, Jordyn, Nolan (Alyssa), Lauren, Brady, Tiger and Sullivan; three great-grandchildren Iyla, Owen, Sage, and Rosie Lee due in July; a sister Judy Gafney (Leo); and nieces Julie and Emily. A daughter, Sandie Wollaston, preceded Joe in death, as did his parents, many aunts, uncles, and in-laws. He loved being called Sugar, Dad, Pop-Pop, and Buddy Boy. Although Joe left us way too soon, he really had a wonderful life. His love of God, country, and family helped him achieve more than he ever dreamed of and, through it all, he remained humble. At Joe’s request, in lieu of flowers, memorial donations may be made to Saints Peter and Paul School, 1214 South Washington Street, Easton, MD 21601, or Compass Regional Hospice, 160 Coursevall Drive, Centreville, MD 21617. Funeral arrangements are being handled by Fellows, Helfenbein & Newnam, 200 South Harrison Street, Easton, with viewings on Thursday, April 7, from 1-3 and 5-7. A funeral mass will be celebrated on Friday, April 8 at 11:00 am at Saints Peter & Paul Catholic Church, 1214 South Washington Street, Easton.

The family of Joseph Gerard Diamond created this Life Tributes page to make it easy to share your memories.

Send flowers to the Diamond family.