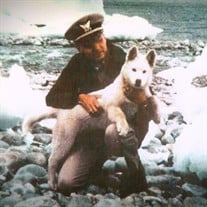 EASTON, Maryland - John Reisinger passed away on June 7, 2021 with his family by his side. John was a loving husband, devoted father and proud grandfather. Born to Margaret and Rowland Reisinger on December 22, 1942, John attended Baltimore Polytechnic Institute and received an engineering degree from the University of Maryland in 1966. He married the former Barbara Gorsuch in 1965 and they had 56 wonderful years together. Upon graduation from the University of Maryland, John entered Officer Candidate School with the United States Coast Guard. During his time with the Coast Guard he was initially stationed in Boston, Massachusetts and later worked in Greenland and Mount Desert Island, Maine. Their daughter, Karen Rebecca, was born during his time in Boston. John completed his Coast Guard service as a Lieutenant Commander. The family returned to Maryland in 1969 and John was initially employed as a civil engineer with Purdum & Jehske, P.A. in Baltimore. During his time in the private sector, he had the opportunity to work on infrastructure projects in Lagos, Nigeria. John later entered government service with Baltimore County where he served as Buildings Engineer and obtained a Master of Public Administration from the Fels Institute of Government at the University of Pennsylvania. After his retirement, John and Barbara had the opportunity to travel extensively and John published several books. They relocated from Sparks to St. Michaels in 1999 and were fortunate to be able to see their granddaughters, Allie and Kristin, grow up. A true renaissance man, John loved to write, play guitar, read, paint and woodwork. He appeared as a guest on several television shows and gave public talks on a variety of topics. Friends and family could count on one of John’s personalized cartoons for birthdays and other special occasions. He will be deeply missed by many. John is survived by his wife, Barbara, daughter, Karen Ketterman, son-in-law, H.P. Ketterman, grandchildren, Allie and Kristin Ketterman, sister, Carol Duffy and brother-in-law Michael Duffy. Interment will be private, and plans are being made for a Remembrance Service to be held later in the summer. In lieu of flowers, donations can be made to the Mid Shore Pancreatic Cancer Foundation, Inc. P.O. Box 474, Easton, Maryland 21601. MSPCF, Inc. was incredibly supportive to John and his family throughout his illness. Additional information is available at www.midshorepancan.org.

EASTON, Maryland - John Reisinger passed away on June 7, 2021 with his family by his side. John was a loving husband, devoted father and proud grandfather. Born to Margaret and Rowland Reisinger on December 22, 1942, John attended Baltimore... View Obituary & Service Information

The family of John Rowland Reisinger created this Life Tributes page to make it easy to share your memories.

Send flowers to the Reisinger family.