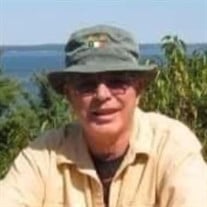 Allen “Al” Butler went home to the Lord on March 12th, 2021 at Memorial Hospital in Easton, MD. He was 78. He was born December 17, 1942 in Baltimore, MD, the son of Evelyn Poske and John Allen Michael Butler, III. He was reared by his grandmother, mother and step-father, Alvin “Pop” Dinsmore. They all recognized and encouraged his obvious musical talent, and the wife of his maternal uncle, Kyper Poske, provided piano lessons for him, beginning them at the age of six. Allen was accepted as a scholarship student at McDonogh School in his seventh grade year and was a proud member of the class of 1961. While at McDonogh, he continued to excel in music and was the first and only freshman to be selected as drum major for the marching band. He held this position for three years. Music would prove to be a talent Allen drew upon his whole life. At age seventeen, he became actively involved in barbershop harmony, and for over 40 years he participated as a singer, music arranger, quartet coach and award-winning chorus director. Allen was an arborist by profession, beginning at Guardian Tree Experts in Alexandria, Virginia and then moving to Maryland’s Eastern Shore to work for and ultimately to own Wye Tree Experts (now The Davey Tree Expert Company). He was president of the Maryland Arborist Association from 1986 to 1988, and as a member of the Rotary Club of Easton, he enjoyed providing piano accompaniment at their regular lunch meetings. Allen loved his Baltimore sports teams, the Ravens and the Orioles, all the old cowboy shows on T.V. and enjoyed discussing business, politics and religion with his friends and family. He was also an active member of Wye Parish Episcopal Church in Wye Mills. Allen is survived by his loving and devoted wife of 42 years, Sharon and their daughter, Margaret “Maggie” Eden Butler Pejeau (Nick); his first wife Justine and their three children: Edward Michael Lloyd Butler, Amy Kathleen Butler Mitchell (Peter) and Matthew Allen Butler (Adelaide). “Pop-Pop’s” grandchildren are: Theodore and Graham Pejeau; Sean Connelly; Jordan, Benjamin and James Butler; Samuel, Fiona, Bruce and Anna-Justine Mitchell; and Abigail “Abbey” and Eva Butler. Allen had a huge heart of love for all of his family, which included his beloved dogs throughout his life: Boots, Charlie, TR, Barney, Chrissie, Molly, and Ruby. Most importantly, he loved his Lord and Savior, Jesus Christ, stating the day before his death, “I am ready and I want to be with the Lord.” His family is grateful for a peaceful passing from this life to the next and will lovingly remember him always, with happy memories of his generosity, humor and unique character that was, singularly, “Big Al.” A Celebration of Life will be held on Wednesday, July 14, 2021 at 11 AM at Wye Episcopal Church in Wye Mills. In lieu of flowers, memorials may be sent to the fund for maintenance of church grounds at Wye Parish Episcopal Church, P. O. Box 98, Wye Mills MD, 21679 or Talbot Humane Society, Inc., 7894 Ocean Gateway, Easton MD, 21601.

The family of John Allen Michael Butler IV created this Life Tributes page to make it easy to share your memories.

Send flowers to the Butler family.