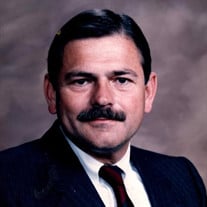 Jerry L. Jana passed away peacefully at home, surrounded by his loving family, after fighting a courageous battle against pancreatic cancer. Jerry was born in Chicago, IL where he attended the Northwest Military Academy and completed his Engineering and Masters in Business degrees at Purdue University. Upon graduating, he proudly completed a naval tour in Vietnam aboard the SS Coral Seas. When he returned home, he joined Arthur Anderson, working in the early days of computer programming and installation, eventually entering the partnership which took him to Philadelphia, PA and Toronto, Canada. He finished his professional career with Price Waterhouse Coopers partnership in New York and Philadelphia. He was dedicated to both his clients and colleagues, all of whom appreciated the generous council, coaching and mentoring he graciously provided. Jerry was equally committed to the communities in which he lived serving on a myriad of Boards, including The Toronto Zoo and Special Olympics. When he retired to Easton, MD, he continued his Board service joining the Academy of Arts, YMCA and the Eastern Shore Land Conservancy Boards. Jerry was an active member of Phi Kappa Tau fraternity during his time at Purdue and as an alumnus. He also enjoyed an eclectic mix of hobbies, from stamp and coin collecting to world travel. His early years in the navy spawned a lifelong love of sailing; he was most content during the many hours spent on his beloved boat Thundergust. Above all, Jerry was a devoted father to his son Jerry Junior and a loving partner to his wife of 30 years, Pam. He loved to laugh and was passionate about his time with friends and family. His kindness and generosity, integrity and discipline helped define the life he led. He will be greatly missed. In lieu of flowers, memorial contributions can be made in Jerry's honor to the Eastern Shore Land Conservancy at https://www.eslc.org/give/. A Celebration of Jerry's Life will be held on Sunday, August 8, 2021, from 2-4PM at Miles River Yacht Club 24750 Yacht Club Road, St. Michaels, MD 21663.

Jerry L. Jana passed away peacefully at home, surrounded by his loving family, after fighting a courageous battle against pancreatic cancer. Jerry was born in Chicago, IL where he attended the Northwest Military Academy and completed his Engineering... View Obituary & Service Information

The family of Mr. Jerry L. Jana created this Life Tributes page to make it easy to share your memories.

Jerry L. Jana passed away peacefully at home, surrounded by his...