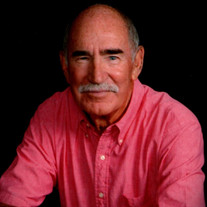 James Kenneth Gent, Jr., of Lewes, Delaware, formally of Chestertown, Maryland, passed away on October 27, 2021. He was born on August 25, 1938, in Baltimore, the son of the late James K. Gent, Sr., and Thelma McCaslin Gent. In 1949, the family moved from Towson to Worton on Maryland’s Eastern Shore, where Jim graduated from Chestertown High School in 1957 prior to joining the United States Air Force. After serving 4½ years during the Cold War era, Jim returned to Chestertown, married Nancy Wiltbank in 1961, and began his career of more than four decades at LaMotte Chemical Company, where he rose to become Vice President of Production. Jim was a dedicated family man and a long-time volunteer in his community. He was also an avid cyclist who rode his bike more than 100,000 miles in 36 of the 50 U.S. states. The summer after his retirement in 2003, at the age of 65, Jim fulfilled a dream of cycling the Lewis and Clark Trail from Missouri to Oregon during a 7-week trip that covered more than 3,000 miles. When his sons Jeff and Ken were young, Jim was active with the Cub Scouts and Boy Scouts. He also volunteered with the Rebuilding Together and Sultana Projects in Chestertown, and the Lewes Historical Society’s “rusty nail gang” boat-building projects. In his later years Jim enjoyed building Chesapeake Bay model boats. Jim was well known for his volunteer efforts with the Chestertown Lions Club, where he was an active member for more than 50 years. He served as club president in 2006-2007, was named Lion of the year in 1995 and 2007, and received the Melvin Jones Award in 2003. The award, named after the Lions Club founder, recognizes outstanding individuals and is the club’s highest form of recognition. Among his many accomplishments as a Lion, Jim initiated the Bay to Bay bicycle ride, established in 1986, and the Draw for Sight annual ride, established in 1992. These two cycling events continue to be the club’s largest fundraisers, bringing in more than $10,000 each year. In addition to his parents, Jim was predeceased by his first wife, Nancy Wiltbank Gent, and a sister Helen Gent. He is survived by his current wife Sandy Kellas Gent; two sons, Ken Gent (Mary) of Annapolis, MD, and Jeff Gent of Joshua Tree, CA; a sister, Eleanor Gent (DeWitt) of Towson; two grandchildren, Ross Gent (Deirdre) and Ally Sheehe (Sean) of Baltimore, MD, and two great-granddaughters, Joey and Nora. He is also survived by two stepdaughters, Robin Vansant (Joey) of Chestertown, and Terry Smith (Ray) of Lancaster, SC; four step-grandchildren, Meagan and Kyle Myers of Chestertown, Dylan Myers of Minot, ND, Fred Kellas of Goldsboro, MD, and one step-great-granddaughter, Kamryn. Memorial visitation November 3rd at 10:00 AM, with Service at 11:00 AM at Fellows Helfenbien & Newnam, 130 Speer Rd, Chestertown, MD In lieu of flowers, the family requests donations be made to the Chestertown Lions Club, P.O. Box 265, Chestertown, MD, 21620.

The family of James K. Gent Jr. created this Life Tributes page to make it easy to share your memories.

Send flowers to the Gent family.