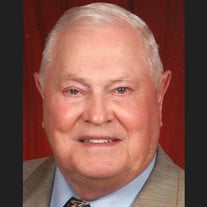 Jack Donald Waterfield passed away on March 10, 2022, at home surrounded by his family. Jack Waterfield was born July 19, 1928, on Eastern Neck Island, Cedar Point Gunning Club, Rock Hall, Maryland to Amos and Ruby Waterfield. He attended high school in Rock Hall and at the age of 15, joined the Maryland State Guard. He transferred to McDonough Military Academy in Baltimore, Maryland and graduated with honors in 1948. Jack attended the University of Maryland and graduated in 1953 with a Bachelor of Science Degree. While attending the University during his freshman and sophomore years, Jack was in the Marine Corp Reserves and received an honorable discharge. He then joined ROTC and was chosen to become a member of the prestigious Pershing Rifles. It was during this time Jack had the honor of placing the wreath on the Tomb of the Unknown Soldier in Washington D.C. He was also a member of the Phi Beta Kappa fraternity. In 1953, Jack was commissioned into the United States Air Force Reserves as a 2nd Lieutenant and was sent to bases in the Middle East, Far East, Europe, and then the United States. During his military career, he was stationed at 10 different bases; his status was changed from a Reserve officer to a Regular officer. He achieved the rank of a Lieutenant Colonel and was transferred from SAC Headquarters Offutt AFB, Omaha, Nebraska to his last duty station at Malmstrom AFB, Great Falls, Montana. While there, Jack was Deputy Commander of the 12th SMS, then he became Commander of the 564th SMS (ODD SQUAD), and prior to retirement, Deputy Base Commander. Jack retired from the Air Force July 1, 1974, as a Lieutenant Colonel. While attending the University of Maryland, Jack met his lifetime friend and future wife, Elizabeth “Betty” Willis. In October 1951, they were married at College Park, Maryland. They were married for 70 years and had 5 daughters, 9 grandchildren, and 16 great-grandchildren. They traveled to all 50 states and the world. After retiring, Jack opened the Gold and Silver Shop Montana Bullion Company in Holiday Village Mall. Jack, Betty, and the family ran the business for 10 years. He was a 50-year Mason, active in the Rainbow Girls (Bellevue, NE), where he served as Rainbow Dad and received the Grand Cross of Color. He was leader of the Ascension Commandry #6, Knights Templar, and York Rite. Jack was Chairman of the Scottish Rite Language Clinic became a 33-degree Scottish Rite and signed the “Gold Book” at Washington, D.C. He was instrumental in keeping the clinic open to continue to provide care to the children with language needs. He was also “Jacko the Clown” in the Shrine Jolly Rogues. At the age of 14, Jack had the privilege of being the hunting guide to several founding leaders of the Ducks Unlimited organization who were also members of the Cedar Point Gunning Club. Later, Jack became a Life Sponsor and State Chairman of Ducks Unlimited and was elected to be the National Delegate from the State of Montana. In later years, he joined the American Legion #6 in Great Falls and was a member of the Marine Corps League and the Devil Dogs. He was a Hard Rock pin collector and a lifetime member of the Numismatic Society. He was preceded in death by his parents; and brother, Eben Waterfield. He is survived by his wife, Betty; daughters, Anna Christine (George) Copeland, Debra Lynn Waterfield, Shelena Rachel Waterfield, Ruby Cathleen (Scott) Hoard, and Rachel Elizabeth Waterfield. Interment has occurred at the Hillcrest Mausoleum. There will be a service in Jack’s honor in the near future. Donations can be made to the Scottish Rite Language Clinic or to the donor’s choice.

The family of Jack Donald Waterfield created this Life Tributes page to make it easy to share your memories.

Send flowers to the Waterfield family.