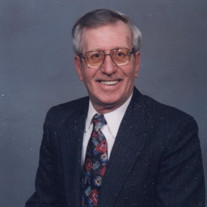 Irvin Frank Simon “Pee Wee” of Smyrna, DE passed away peacefully on December 19, 2021 at the age of 88. Irvin was born Oct. 2, 1933 in Philadelphia, PA, the son of the late William R. Simon and Lavinia “McIlvain” Simon. His family purchased a farm and they moved to Millington where Irvin attended school and was raised. In Aug. of 1964 he married his wife of 57 years, Harriett “Durham” Simon. Irvin worked for General Motors for many years until he decided to go into business for himself in the farming industry. He did private custom work with his own equipment and eventually purchased a fleet of trucks for hauling a variety of vegetables for processing at local canneries. Irvin also purchased property and opened a truck stop/restaurant. He respected his employees and never expected them to do anything he wouldn’t do himself. Many of those employees became lifelong friends. When he retired, he was approached by a developer and was asked several times to sell, he and his wife’s property and home on Rt. 13. After a deal was finalized the developer named the area in honor of them and it is known as the Simon Corner Shopping Center on Rt 13 in Smyrna. Irvin was most happy, content and at peace working in his garden on his prize Dr. Martin lima beans which were so delicious and a true work of art and soul. Throughout his entire life he was a perfectionist with everything he did. Irvin was a member of the Delaware Farm Bureau and the Delaware Motor Transport Association. In addition to his parents he was preceded in death by three brothers, Billy, Harry and George Simon. Irvin is survived by his wife Harriett Irene “Durham” Simon, three sons, Curtis, Chris and Ray , one sister, Betty Lockwood, four grandchildren, Aaron, Andrea, Ben and Brandon, five great grandchildren, Emmie, Shane, Macy, Cora and Caleigh. Services will be held Wed. Jan. 5 2022 at 12pm at Fellows Family Funeral Home 370 Cypress St. Millington, MD. A visitation will be held from 11am-12pm. In lieu of flowers contributions can be sent to Delaware Hospice Center at 100 Patriots Way Milford, Delware 19963 or to St. Jude Children’s Hospital at www.stjude.org

The family of Irvin Frank Simon created this Life Tributes page to make it easy to share your memories.

Send flowers to the Simon family.