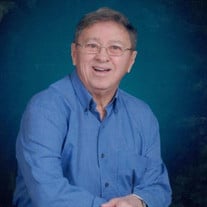 Hollis T. “Mickey” Cantwell Jr. of Stevensville passed away on March 7, 2022. He was born on Oct 11, 1938, the son of the late Hollis T. and Beatrice R. Eppard Cantwell Sr. Mr. Cantwell was a graduate of Catonsville High School class of 1958. He proudly served his country by joining the US Army in 1959 and was Honorably Discharged in 1963. On August 26, 1961, he married his wife Geraldine and resided in Baltimore County until they moved to Kent Island in 1972. Hollis worked various jobs and in 1985 he began working for the state of MD until he retired in 2003. Mr. Cantwell was a deacon of the First Baptist Church of Kent Island. He enjoyed fishing, crabbing, traveling, photography, and most of all his family. In addition to his parents, he is predeceased by his sisters, Joanne Shortt, Patricia Estes, his niece Marcy Knapp, and his nephew John Montgomery. Hollis is survived by his wife Geraldine “Minnie” Cantwell, his children, Cynthia (James) Kelbaugh, Hollis T. (Karen) Cantwell III, his grandchildren, James Kelbaugh, Joshua Kelbaugh, Jennifer Adams, Kaitlyn Cantwell, Hannah Cantwell, Emily Cantwell, his great grandchildren, Briana Kelbaugh, Nicholas Kelbaugh, Emmitt Adams, Paxton Adams, Julianne Adams. Visitation will be held on Saturday March 12, 2022, from 10:0 AM – 12:00PM at Fellows Helfenbein and Newnam Funeral Home, 106 Shamrock Road Chester, MD 21617 with a service to begin at 12:00PM. The service will be live streamed for those who cannot attend in person. A burial with Military Honors will take place on March 15, 2022, at 11:00AM. In lieu of flowers donations can be made in Hollis’s name to Compass Regional Hospice, First Baptist Church of Kent Island, or Island Alliance Church.

The family of Hollis Tate Cantwell Jr. created this Life Tributes page to make it easy to share your memories.

Hollis T. “Mickey” Cantwell Jr. of Stevensville passed away on...

Send flowers to the Cantwell family.