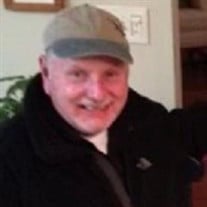 Frank Eugene Clevenger of Grasonville, MD passed away on March 13, 2022, at the Heartland House in Grasonville. Frank was predeceased by his wife Carole, his parents Winfred “Bud” Clevenger, Catherine “Kitty” (Croft) Clevenger and sisters Debbie Jones and Suzanne Ponciroli. Frank or “Frankie” as he was known by his family, loved the eastern shore. As a kid he spent most of his time out in the woods and on the water with his friends and family, especially his cousin Ricky. Frank’s Aunt Betty gave him the nickname “Captain Seaweed”. Frank had several dogs growing up and would often take them with him while in the boat or exploring through the woods searching for arrow heads. Frank was also a history buff with interests in the Civil War and local history. One of Franks first jobs was at the MVA where he met his wife, Carole. Later he worked for Winchester Liquor Distributor for several years before entering into the auto industry. There he worked in car sales and later as a finance manager for the majority of his career. During those year, Frank formed great friendships with his coworkers. Frank married Carole June 1st, 1974. Growing up one of Frank’s dreams was to live down Bennett Point Road. In 1981, Frank and Carole purchased 2 acres on Bennett Point Road where they built their forever home. It was there they raised a family and were happily married for over 46 years. Frank loved to travel and visit family in Nashville, Kentucky and New Orleans. When he wasn’t traveling or researching places to visit, he enjoyed relaxing with a Coors Light or a Gin and Tonic at Happy Hour where he could enjoy his beloved Seafood Nachos and Ipswich Clams. He is survived by his sons Chris Clevenger (Samantha) and Aaron Clevenger (Stephanie); sister Patricia Niehus (Jim); grandchildren Brady Kormann, Collin Deighan, and Madison Deighan; many nieces and nephews. A visitation will be held at Fellows, Helfenbein & Newnam Funeral Home, P.A. in Chester, MD on Thursday, March 17, 2022, from 5-7 pm, where a service will be held on Friday, March 18, 2022, at 11:00 am. A celebration of life will follow the service at Bridges Restaurant in Grasonville. Memorial contributions can be sent to the Heartland House 113 Perry’s Corner Road, PO Box 400, Grasonville, MD 21638. For online tributes, please visit www.fhnfuneralhome.com

The family of Frank Eugene Clevenger created this Life Tributes page to make it easy to share your memories.

Frank Eugene Clevenger of Grasonville, MD passed away on March...

Send flowers to the Clevenger family.