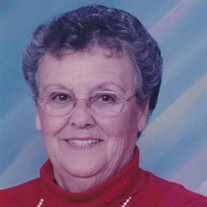 Elizabeth “Liz” Jewell Bedwell died on December 22, 2021 at her home in Denton. She was 86 years old. She was born in Lynch, MD on October 21, 1935, the daughter of George Alan and Birdie Kendall Jewell. She graduated from Chestertown High School in 1954 and was a resident of Lynch for 75 years. Soon after graduating she married the late Bernard Bedwell on July 30, 1954. Mrs. Bedwell worked for Town Stationary while she was in high school, and then became the secretary for Grieb’s Realty. After ten years off from working, she became a bus driver for Kent County Schools in 1968. She drove school buses for 20 years before transitioning to the School Board as an administrative assistant. She was eventually promoted to the Supervisor of Transportation, and then retired from the Board in 2003. She then went on to work for Dr. Johnson for another seven years and then in 2010, she moved to Denton, MD and officially retired. She was a member of St. Elizabeth Catholic Church in Denton and a prior member of Sacred Heart Catholic Church in Chestertown. She enjoyed sewing, crocheting, and spending time with her children and grandchildren. She was preceded in death by her husband, Bernard Bedwell; and sister, Joyce Willis. She is survived by her children, Linda Stutzman (George), Barry Bedwell (Lora Lee), and Susan Lewis; sister, Patricia Carter; grandchildren, Jason Stutzman (Miranda), Jewell Bedwell (Joshua), Emily Bedwell, and Noah Bedwell; and great-grandchildren, Tess Stutzman, Lewis Stutzman, Jillian Stutzman, Mathew Sparwasser, and Russell Short. Services will be held on Tuesday, December 28 at 11:00 am at Sacred Heart Catholic Church in Chestertown. A visitation will be held the night prior, on Monday, December 27, at Fellows, Helfenbein, and Newnam Funeral Home in Chestertown from 5-7pm.

Elizabeth &#8220;Liz&#8221; Jewell Bedwell died on December 22, 2021 at her home in Denton. She was 86 years old. She was born in Lynch, MD on October 21, 1935, the daughter of George Alan and Birdie Kendall Jewell. She graduated from Chestertown... View Obituary & Service Information

The family of Elizabeth Jewell Bedwell created this Life Tributes page to make it easy to share your memories.

Send flowers to the Bedwell family.