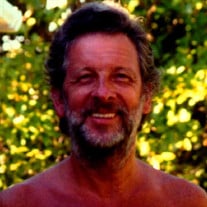 Edward Kelly of Chestertown, Maryland died on Saturday, May 29th in Washington, D.C. He was 78. He was born on February 24, 1943 the son of the late Ed and Mary Warga Kelly. He was a graduate of St. Peter’s Catholic High School in New Brunswick, NJ and served as Altar Boy at St. Joseph’s Catholic Church in Raritan, NJ until he was 16. Ed served in the U.S. Air Force in Germany during the Russian Missile Crisis as an air traffic controller from 1961-1965. Upon leaving the Air Force, Ed went to work for Sears in Watchung, NJ selling men’s shirts and ties, and ended his career in NJ as the asst. store manager after 31 years. When Ed retired from the store in NJ he came down to Chestertown where for the past 25 years he owned and operated the local Sears Hometown Store. His favorite saying to customers and friends was “no problem”. Ed served as treasurer for the Middlesex County Board of Education for many years in New Jersey and as treasurer and past board member of the Kent County Chamber of Commerce. He was a gentle, kind man who loved to travel, vacation in the sun, and drive with Penny in their convertible mustang, traveling Route 66 from beginning to end. He was truly a good man. He is survived by his wife Penelope “Penny” Evans Kelly along with a step daughter: Nina Constandi, step son: Frank Constandi (Tracy), sisters: Pat Daly (Paul) and Bernadette McInerney (Bob), sister-in-law: Nina Flaherty (Mike), nieces: Meghan, Erin, and Colleen, and grandnieces: Emma and Quinn. A Mass of Christian Burial will be held on Tuesday, June 8, 2021 at 11:00 AM at Sacred Heart Catholic Church, Chestertown. In lieu of flowers contributions may be made to the American Heart Association.

Edward Kelly of Chestertown, Maryland died on Saturday, May 29th in Washington, D.C. He was 78. He was born on February 24, 1943 the son of the late Ed and Mary Warga Kelly. He was a graduate of St. Peter&#8217;s Catholic High School in New... View Obituary & Service Information

The family of Edward Kelly created this Life Tributes page to make it easy to share your memories.

Edward Kelly of Chestertown, Maryland died on Saturday, May 29th...

Send flowers to the Kelly family.