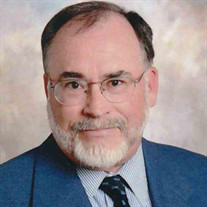 Lt. Col. Douglas Edward George, USAF (retired) passed away suddenly on Sunday, May 9, 2021 at the University of Maryland Shock Trauma in Baltimore. He was 67 years old. He was born on October 9, 1953 in Delaware, Ohio, the son of the late Homer George and the late Vera Joan Rhodes George. Doug served honorably in the United States Air Force from 1972 to 1999. After becoming an officer in 1978 and then a Korean linguist and specialist, his last overseas assignment was as Commander of the 303rd Intelligence Squadron, a.k.a. “Skivvy Nine”, at Osan AB, Korea. His final career assignment was as the Chief of the Korea Division of the Defense Intelligence Agency in Washington, DC. During his service in the U.S. Air Force, he advanced his distinguished career through attendance at the USAF Squadron Officers School, the USAF Air Command, the Staff College, and the Air War College in Montgomery, AL. He also attended the Defense Language Institute in Monterey, CA, learning several different languages with a specialization in Korean. He received an MA in National Security Studies at the Naval Postgraduate School in Monterey, CA, and became a USAF National Defense Fellow and Adjunct Professor at Harvard University in Cambridge, MA. In addition to his military achievements, Doug received a B.A. in Business Management from University of MD, College Park graduating Summa Cum Laude, and a Master’s Degree in Public Policy from Ball State University in Muncie, IN, After serving 27 years in the USAF, he began working as a government contractor for various companies in the mid-Atlantic region and retired in 2012 when his battle with Parkinson’s Disease would not allow him to continue any longer. Doug married the former Linda Lee Ireland on June 30, 1999, making Easton their home while sharing 22 years of love, fun and adventure. Doug had a passion for photography, especially capturing the Eastern Shore’s beautiful sunsets, waterfowl and wildlife. For several years, he was honored by juror’s invitations to exhibit his work in Easton’s annual Waterfowl Festival. He also used his photography talents to serve the community including photography support for both the Easton Volunteer Fire Department and Talbot Hospice. Doug is survived by his wife, Linda Lee Ireland George of Easton, MD; children, Benjamin D. George of Walker, WV, Christina M. Kapu (Lee-Jake) of Riverview, FL, Daniel A. George (Coty) of Ewa Beach, HI, Kevin A. Weems (Jessica) and Amanda L. Weems of Easton, MD; grandchildren, Evelyn Rose George, Alastor and Kara Ann Kapu, Ryker and Emery George and Kynlee, Kolton and Kady Weems; step-mother, Marilyn George of Marion, OH; siblings, David George (Patricia) of Lyon Township, MI, Melanie Berti (George Mallas) of Brewster, NY, James George of Marysville, OH and Debra George of Marion, OH; mother-in-law, Louise Ireland of Easton, MD; beloved niece and nephews and 1 great-nephew, many extended family and dear friends and his very special cat, Harley. In addition to his parents, he was preceded in death by his sister, Jane Atkins, and father-in-law, Leroy Ireland. A funeral service will be held on Friday, May 21, 2021 at 11 AM at Fellows, Helfenbein & Newnam Funeral Home, P.A., 200 S. Harrison St., Easton, where friends may call one hour prior to the service. Burial will follow at Spring Hill Cemetery in Easton. In lieu of flowers, memorial contributions may be made in Doug’s memory to the following organizations: the Easton Volunteer Fire Dept., 315 Leonard Rieck Drive, Easton, MD 21601; the University of Maryland Shock Trauma in Baltimore, MD, www.ummsfoundation.org/site/Donation or The Michael J. Fox Foundation, P.O. Box 5014, Hagerstown, MD 21741, www.michaeljfox.org/donate. For online condolences and to sign the virtual guest book, please visit www.fhnfuneralhome.com.

Lt. Col. Douglas Edward George, USAF (retired) passed away suddenly on Sunday, May 9, 2021 at the University of Maryland Shock Trauma in Baltimore. He was 67 years old. He was born on October 9, 1953 in Delaware, Ohio, the son of the late Homer... View Obituary & Service Information

The family of Douglas Edward George created this Life Tributes page to make it easy to share your memories.

Send flowers to the George family.