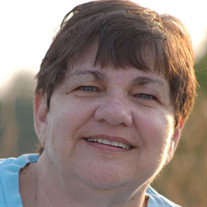 Doris Jean Neubert of Stevensville, MD, died on October 25, 2021. She was 72. Born in Washington, DC on January 6, 1949, she was the daughter of the late Joseph Patrick Duncan and Sarah Mozelle Hall Duncan. Being the youngest of four, she was always surrounded by family. She graduated from Western High School (now called The Duke Ellington School for the Arts) in 1966 and attended Campbell College. Then returned to the District of Columbia to attend Benjamin Franklin College, where she earned an Associate’s degree in Accounting. Soon after graduating, she began work for the Federal Government at the Department of Housing and Urban Development in 1969. At age 23, she was a member of a bowling team that bowled in University Park, MD. When her team was looking for an additional two bowlers to fill their team, two guys from another alley were called in to help. One of those two bowlers was Ed Neubert. Ed and Doris bowled together all season, and after weeks of bowling and chatting, Ed finally asked her out on a date at the end of the season. The two were inseparable from that moment on, getting engaged a few months later, and walking down the aisle together on August 25, 1973. The two moved to Maryland, and were overjoyed to welcome Christine Michele to the world in 1976. Doris was a devoted wife and mother, and her family never doubted that they were always the most important thing to her. Doris valued family above all else. She treasured time with her siblings, nieces and nephews. She loved family card tournaments, vacations to the beach, and holiday get togethers as well as the frequent phone calls and visits just to be together. While Doris successfully worked for the Department of Housing and Urban Development for 35 years, she happily retired as a GS15 in 2004 to take on the most important job of her life, Full Time Grandmother. From the moment she laid eyes on both Jacob and Emily, she fell so deeply in love with them that she spent the rest of her life loving and supporting them. Before Jacob could say many words, he began calling her, Ga-Ga. She loved that name and the special bond she had with both Jacob and Emily. No matter the sport, the distance, the weather conditions, Ga-Ga was always their loudest and best cheerleader. She is survived by her beloved husband, Edward Neubert; daughter, Chrisie Saunders (Kevin); sister, Betty Gardner; brother, Lawrence Duncan (Rebecca); and grandchildren, Jacob Saunders and Emily Saunders. She was preceded in death by her brother, Ray Duncan, and brother in-law, Roy Gardner. A memorial service will be held at 3 pm on Thursday, October 28 at the Fellows, Helfenbein & Newnam Funeral Home in Chester, MD, where friends and family may visit beginning at 2 pm. In lieu of flowers, please consider making a donation to the Doris “Ga-Ga” Neubert Memorial Fund for the Kent Island Youth Baseball Softball Club (KIYBSC). Ga-Ga was happiest when she was sitting behind the plate or on the sideline being the loudest cheerleader for the kids’ team. Checks can be made payable to KIYBSC and sent to: Doris “Ga-Ga” Neubert Memorial Fund, c/o KIYBSC, 123 Long Point Road, Stevensville, MD 21666.

Doris Jean Neubert of Stevensville, MD, died on October 25, 2021. She was 72. Born in Washington, DC on January 6, 1949, she was the daughter of the late Joseph Patrick Duncan and Sarah Mozelle Hall Duncan. Being the youngest of four, she... View Obituary & Service Information

The family of Mrs. Doris Jean Neubert created this Life Tributes page to make it easy to share your memories.

Send flowers to the Neubert family.