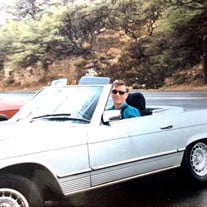 Donald George Collins of Chester, Maryland died Friday, November 26, 2021, at his home. He was 84. Born August 23, 1937, in Oswego, New York, he was the son of the late Gardner Nelson and Agnes Mrozenski Collins. Donald grew up in upstate New York before moving to New York City where he met his wife Barbara whom he married in 1962. He studied engineering in college, completing his studies after a term in the United States Army, serving in El Paso, Texas. He and his wife and young daughter Deborah returned to New York where he soon began working for Grumman Aerospace, beginning a career he would enjoy for over 35 years as a structural engineer. During his time at Grumman, he worked on numerous projects including the Apollo Lunar Module, the F-14 Tomcat and the A-6 Intruder. After briefly living in Hicksville on Long Island, he and his family settled in Port Jefferson Station, New York where they would live for almost 30 years. Along with his daughter Deborah he had two sons, Gregory and Glenn. Donald grew up with a love of camping and the outdoors which he passed onto his family by way of numerous, memorable road trips all around the country. He loved to work with his hands, creating shelves, cabinetry and tables for the house as well as a number of outdoor projects. An avid reader of science fiction, he loved Asimov, Clarke and Heinlein and always had a book on his bedside table. After he retired from Grumman in the 1990’s he and his wife moved to Arizona for a few years before settling in Chester, Maryland for the remainder of his life. Donald is survived by his loving wife Barbara Collins of Chester, MD; daughter, Deborah Krueger (Dennis) of Stevensville, MD; sons, Greg Collins (Elaine) of FL and Glenn Collins (Jennifer) of CA; ten grandchildren, Christopher, Caroline, Erik, Jonathan, Kayla, Matthew, Michael, Joshua, Oliver, and Sebastian. There will be no services at this time. In lieu of flowers contributions can be made to Compass Regional Hospice, Inc. 160 Coursevall Drive, Centreville, MD 21617.

Donald George Collins of Chester, Maryland died Friday, November 26, 2021, at his home. He was 84. Born August 23, 1937, in Oswego, New York, he was the son of the late Gardner Nelson and Agnes Mrozenski Collins. Donald grew up in upstate... View Obituary & Service Information

The family of Mr. Donald George Collins created this Life Tributes page to make it easy to share your memories.

Send flowers to the Collins family.