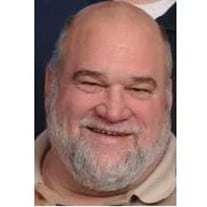 Danny Sewell Bennett (“Sewellie”), age 63, of Chestertown, MD, passed away at his home while surrounded by his loving family, on March 4, 2021. He was born on October 28, 1957, in Chestertown, as the youngest son of the late Roland Lee Bennett and Ethel (Sewell) Bennett. Sewellie was a respected welder, whose knowledge and hard-work, kept the waterman of the Chesapeake Bay working for many years. He was also a commercial waterman having caught and sold clams, oysters, fish, and crabs. When he was not working, Sewellie was a devoted family man. He is survived by his wife, Bonnie K. Bennett (Tunnie), and their three adult sons, Nicholas, Danny (Krista), and Tobie (Kimberly). Later in life, he most enjoyed being a Poppop and is survived by five grandchildren, Keiara (12), Wade (8), Madison (5), Seth (2), and Kyla (7 months). He is also survived by two brothers, Kerry Bennett and Barry Bennett. Services were held, for immediate family only, on March 5, 2021, by Fellows, Helfenbein, and Newman Funeral Home. In lieu of flowers, contributions may be made in his honor to St. Jude’s Children’s Research Hospital.

The family of Danny Sewell Bennett created this Life Tributes page to make it easy to share your memories.

Send flowers to the Bennett family.