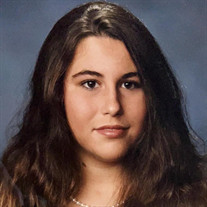 Cynthia “Cindy” Coleman Wooters passed away peacefully at home surrounded by her loving family on April 19, 2022. Cindy fought a long and courageous battle; endlessly cared for by her adoring husband Clarence “CC“. Cindy was the definition of a strong, loving, protective, powerful woman. She had just celebrated her birthday and was 45 years young. She was born on April 16, 1977 in Rochester, NY. She is survived by her beloved and loving husband Clarence “CC” Wooters; her two amazing sons Joshua and Caleb Wooters and her precious fur baby, Thia Maria. She was preceded in death by her cherished daughter Everly Charlotte Wooters. She is also survived by her mother Carol Rousseau and stepfather Douglas Rousseau; her father Joseph Coleman and stepmother Marina Coleman; her sisters Lisa Coleman and Dana Rojek (Andrew); her brother Joseph Coleman Jr. (Courtney); mother-in-law Karin Packard; brothers-in-law Gary Wooters (Jennifer), Charles Wooters (Heather) and Lee Lawson; sister-in-law Christina Wooters; Addison and Parker Coleman, Ava and Lainey Rojek, Kelsey, Jaylyn and Bailey Wooters, Elena Wooters, Casey Mahon and Kierstyn Nicole, nephews Nolan Rojek, Dillon Mahon and Dominic and Connor Wooters; Uncle James Reid (Rita), Aunt Kathy Svensson (Kjell), and Aunt Jacqueline LeBlanc (Armand) and many loving cousins. Cindy graduated from Easton High School in 1996, Chesapeake College and University of Cincinnati in 2005 majoring in early childhood education. She held a variety of jobs, her most recent a preschool teacher at Manor Discovery Center for many years, leaving to raise her children as that was her most cherished role. Cindy’s love of children was boundless, and it is impossible to measure the number of lives she touched in her brief time on this earth. Cindy will be deeply missed and forever loved by her family and friends. The family will receive friends and guests at Fellows, Helfenbein & Newnam Funeral Home, Easton on Saturday, April 23rd from 2pm until 3pm. A funeral service will take place at 3pm. Family and friends are welcome to come and celebrate the life of an unforgettable wife, mother, daughter, sister, aunt, and friend. Donations may be made to Truist Bank to establish a trust fund for Joshua and Caleb Wooters (account information pending) and a memorial garden for Cindy so that she may rest in peace with her daughter Everly.

The family of Cynthia "Cindy" Marie Wooters created this Life Tributes page to make it easy to share your memories.

Send flowers to the Wooters family.