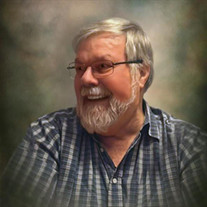 Crawford William Windsor Jr. left this world to be with his savior Jesus Christ on August 29,2021 surrounded by his loving family. Crawford William Windsor Jr was born March 29, 1946, in Crocheron Maryland to Crawford Sr and MaryLou Moore Windsor. He graduated from South Dorchester High School in 1964. He married Elaine Evans on October 9, 1966. She predeceased him in 1997. He married Karen Boyer on July 27, 2019. In addition to his wife, Crawford is survived by his three children and their spouses, whom he loved as his own as well as one stepdaughter: Michelle (Steve) Abplanalp, Michael (Heather) Windsor and Matthew (Erin) Windsor, and Debbie Turner. He is also survived by his 12 grandchildren who were the absolute loves of his life and he had special names for all of them: Hope Wright (Hopey) and her husband John, Drew Abplanalp (Zeke), Dylan Abplanalp (Woody), Maggie Eichler (Mags) and her husband Cody, Connor Abplanalp (Rufus), Grace Windsor (Gracie Pumpkins), Noah Windsor (NCW), Carson Abplanalp (Nosrac), Ellianna Windsor (El), Mac Windsor (MAC) Thompson Windsor (T), Corey Lambden. He was most proud of all of them, and they all brought him great joy! He is also survived by his siblings Jimmy Windsor, Cathy Mitchell, and Steve Windsor. He was predeceased by his parents and a sister, Ann. Crawford graduated from the Maryland State Police Academy in 1970 and was a trooper until 1978 when he helped capture and prosecuted the men who killed his Sergeant and good friend Wallace Mowbray. At that time, he decided to find another career. He went to work for Preston Trucking Company as their Safety Supervisor and remained there until 1986. At that time, he and Elaine opened C & J Marine to serve the local waterman community. His customers became great friends!! Crawford operated that marine supply business until 1997. His latest employment was with BOE Marine. Crawford loved the Chesapeake Bay. He was a Waterman’s son and loved all things that came with it, especially crabs. He enjoyed his grandchildren and loved watching them participate in sports, theater, and many school events. His biggest hobby was antique collecting, and he could tell you anything about any antique you could find. He was hard to stump. He owned several antique shops/spots in the area. Above all of these things, his faith in Jesus Christ brought him the most joy and he is celebrating in heaven with him today as a result. A service will be held at Island Alliance Church in Stevensville, MD on Friday, September 3, 2021 at 10 AM, with a Visitation at Fellows, Helfenbein & Newnam Funeral Home, PA in Chester, MD on Thursday, September 2, 2021 from 2pm to 4pm, and 6pm to 8pm. A burial will follow the service on Friday. In lieu of flowers, memorial donations can be given in his name to the Maryland Waterman’s Association 1805 A Virginia St. Annapolis MD 21401.

The family of Crawford William Windsor Jr. created this Life Tributes page to make it easy to share your memories.

Crawford William Windsor Jr. left this world to be with his savior...

Send flowers to the Windsor family.