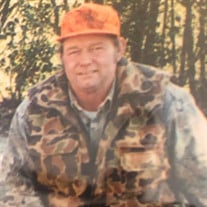 Charles “Poony” A. Crouch of Rock Hall, MD died on September 1, 2021 at his home. He was 68. He was born in Yorktown, VA on November 30, 1952, the son of the late Walter Allan and Betty Jane Elburn Crouch. He was raised in towns up and down the east coast while his father served in the U.S. Navy. They settled in Rock Hall, where he was a graduate of Rock Hall High School class of 1971. On December 4th of that same year he married his high school sweetheart Flora Lee Elbourn. Mr. Crouch worked as a self-employed waterman operating the “Miss Lee” out of Rock Hall harvesting oysters, clams, fish, crabs, and eels. He also worked as a Hunting Guide with Swan Point Farm for 35 years. Mr. Crouch was attended Calvary Bible Baptist Church in Rock Hall and was a member of the Maryland and Kent County Waterman’s Association, the National Wild Turkey Federation, the Oyster Recovery Partnership, and the Sons of the American Legion. He also assisted with the DNR crab reports. He was instrumental in bringing the crab dipper concept to Rock Hall where is was refined and utilized to this day by most crabbers. He enjoyed anything having to do with the outdoors including hunting, fishing, or just being on the water. In addition to his wife Lee, he is survived by two daughters; Betsy Jane Crouch Lloyd and her husband Andy and their children: Andi Beth, Ally Jane, Brian, Aryn, and Shawna and Lana Lee Crouch Brand and her husband Dave and their children: Layla and Angel Lee. He is also survived by a brother Graham F. Crouch and his wife Susan. Graveside services will be held on Friday, September 10, 2021 at 11:00 AM at Wesley Chapel Cemetery. In lieu of flowers, contributions may be made to The Sons of the American Legion Post #228 21423 E Sharp St. Rock Hall, MD, the National Wild Turkey Federation, Kent County Chapter 22260 Tolchester Beach Road Chestertown, MD 21620 or Kent County Waterman Association 120 Speer Rd Ste 1 Chestertown, MD. Arrangements by Fellows, Helfenbein, and Newnam Funeral Home www.fhnfuneralhome.com

The family of Charles Allan Crouch created this Life Tributes page to make it easy to share your memories.

Send flowers to the Crouch family.