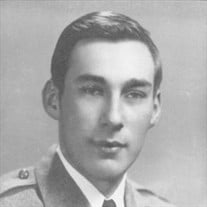 Charles Theophilus Breeding of Stevensville, Maryland died Saturday October 23, 2021, at University of Maryland at Easton. He was 91. Born in Stevensville, MD on January 12, 1930, he was the son of the late Harry Purnell and Jennie Norman Breeding. Ted attended Stevensville High School and graduated from Randolph Macon Academy in Front Royal, VA. After one year of college, he was called home due to his father, mother, brother, and aunt’s death, all within a year. He decided to take over the family farm Ellendale, continuing its success for fifty years. Ted loved his “Kent Island” especially his childhood and growing up there as he remembered in his youth walking behind mules to cultivate and plant the fields. In 1956 Ted married Janet Bryan and during those wonderful sixty-five years of marriage they traveled to Europe and much of the United States. Living mainly on Kent Island they also maintained a home in Matlacha, Florida for twenty years making many loving friends. Ted is survived by his loving wife Janet Bryan Breeding of Stevensville, MD; sons, Charles Theophilus Breeding, Jr. (Edith) of Grasonville, MD, and Christopher Bryan Breeding (Patricia) of Stevensville, MD; grandchildren, Samantha Anne Breeding, Christopher Owen Breeding (April), Ethan Bryan Breeding and Charles Theophilus Breeding, III; great granddaughter, Isabel Grace Breeding. In addition to his parents, he was predeceased by his brothers, Harry Samuel, William Frank, Owen Bryan, and Norman Clarence, also a sister, Janet Breeding Yost. There will be a celebration of life in the very near future. Testimonials can be made at fhnfuneralhome.com Contribution can be made to a charity of your choice.

Charles Theophilus Breeding of Stevensville, Maryland died Saturday October 23, 2021, at University of Maryland at Easton. He was 91. Born in Stevensville, MD on January 12, 1930, he was the son of the late Harry Purnell and Jennie Norman Breeding. Ted... View Obituary & Service Information

The family of Mr. Charles Theophilus Breeding created this Life Tributes page to make it easy to share your memories.

Send flowers to the Breeding family.