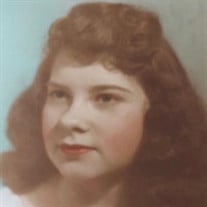 Carolyn Jean Welch Hanger, age 92, passed away on September 8, 2021 in Easton, Maryland. She was born in Chicago, Illinois on September 13, 1928 to Charles Webster Welch and Alma Esther Lindsay Welch. An accomplished pianist, Carolyn earned a Bachelor of Arts in Music from Northwestern University. After college, Carolyn married Kenneth Hall Hanger, raised a family of four children, and settled in Potomac, Maryland. Carolyn exemplified true motherhood throughout her life; she also loved playing bridge and gardening. Playing the piano was a life-long passion of Carolyn, even giving a recital at her 90th birthday celebration. She taught piano lessons and headed up the choral section of the Suburban Women’s Club in Bethesda, MD. Carolyn was active in the women’s club and, in the early 1970s, she served for a period as the club’s President. Later, Carolyn attended the nursing program at the Montgomery County Community College; she interned at the Montgomery General Hospital and the George Washington Hospital in Washington D.C. Carolyn and her husband eventually resettled to Easton, Maryland to enjoy the Eastern Shore and where she was active in the Talbot County Women’s Club. Carolyn was preceded in death by her husband, Kenneth H. Hanger, and her sister, Marlene Gail Welch Lee Ruggieri. Carolyn is survived by her four children, Kenneth H. Hanger Jr., Cathryn Hanger Namath, Eric Welch Hanger, and John Gregory Hanger, twelve grandchildren, and six great grandchildren. Following her wishes, no funeral services will be held. The family wishes to express their appreciation to Talbot Hospice staff and to all her caregivers, nurses, and doctors, for their dedicated care and support to Carolyn. In lieu of flowers, a memorial donation may be made to Talbot Hospice at https://talbothospice.org.

The family of Carolyn W. Hanger created this Life Tributes page to make it easy to share your memories.

Send flowers to the Hanger family.