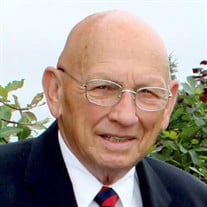 With regret and love, we announce the passing of our husband, father, grandfather, great-grandfather, brother, uncle, and cousin, Brantley Franklin (Peter) Keeney, longtime resident of Easton, MD on Saturday, August 7, 2021. Peter was born March 22, 1937 near Woodsboro, MD, the first child of Richard Brantly and Lillie Marie Ray Keeney. He was born in the house where three previous generations of Keeneys had lived. After graduating from Frederick High School in 1955, he took a job with the State Roads Commission and went to work in Frostburg, MD where he met his beloved wife, Betty M. Stott. They were married at Grace Rocky Hill Lutheran Church, also near Woodsboro in 1959, and had four children: Kimberly Sue, Richard Brantly II (Anna Maria), Peter Joe Ray, and Aaron Patrick (Ann). He also had one precious granddaughter, Pyper Alexis, and a cherished great-grandson, Jaxson Brantly, all residents of The Eastern Shore. Peter had one brother, Joseph A. Keeney (deceased), and three sisters: Rose Marie Martin in Boyds, MD, Linda Ruth Biddinger (deceased), and Mary Jane Jacobs in Emmitsburg, MD. Early in life, Peter was an avid athlete who loved most all sports, especially soccer and baseball. He grew up playing lots of pick-up games of all kinds, including softball, basketball, horseshoes, shot put, and football. He encouraged his children to participate in sports and tried never to miss a family member’s sports event! In many cases, he was the Coach or Team Manager. Believing in sports and the value of all youth having access to play sports and participate in recreation, “Mr. Pete” advocated for the establishment of the Talbot County Parks & Recreation Board and served as one of its first members. In addition to his care that all youth have access to the county’s sporting and recreational assets, Peter himself played softball for a number of years on Talbot County Men’s Softball Teams, served as President of Trappe Lions Club supporting numerous community events during the time he and his young family resided there, and was a full time real estate agent helping many to find and purchase their first home. Most of all, Peter was a man of faith who quietly attended Immanuel Lutheran Church, Easton, MD where he and his wife Betty brought their children in the summer of 1971, became members, and saw to each of their children’s confirmation in the church. At Immanuel, Peter also served a term as congregation president and a number of years as a church elder (a position that, he wrote in a note to his mother, was “one of the proudest moments of my life”). Final arrangements will be 4-6 pm Friday, August 13, Visitation with Peter’s Family at Fellows, Helfenbein & Newnam (FHN) Funeral Home in Easton, MD to be followed at 6 pm with a brief Praise & Prayer Service lead by Peter’s Pastor, James Kreft, also to be held at FHN. All are welcome to stay and join Peter’s Family. Then at 12 noon on Saturday, August 14, a Graveside Service & Burial will be held at Grace Rocky Hill Lutheran Church, near Woodsboro, MD. The service will be led by his youngest son, Aaron Keeney, and his first nephew, Kris Nevin. Rocky Hill’s Pastor Ron Brown will officiate. In lieu of flowers, the family asks you to please make a donation to Talbot Interfaith Shelter, 107 Goldsborough Street, Easton, MD 21601 or do an act of kindness for someone else in need today.

The family of Brantley Franklin Keeney created this Life Tributes page to make it easy to share your memories.

With regret and love, we announce the passing of our husband,...

Send flowers to the Keeney family.