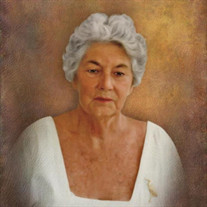 Betty Lee “Betsy” Weaver Tait of Chestertown, Md. passed away Thursday, May 13, 2021 at 100 years old. She was born March 31, 1921 in Indiana, Pennsylvania, the daughter of William Clair Weaver and Zaida Bley Weaver. She lived in Indiana until 1941 when she married her high school sweetheart, Edward Thomas Tait and followed him to Army camps during the war. At the end of the war, they settled in Pittsburgh where her husband began his law career, which eventually led them to Bethesda, Maryland in 1952. They remained in the Washington area until her husband’s retirement and subsequently divided their time between Naples, Florida and Prince Frederick, Maryland where they created a home overlooking the Patuxent River. Shortly before her husband’s death, they moved to Heron Point in Chestertown, Md, where she found great happiness. Although her family and her dogs gave her the greatest joy, Betsy was also interested in music, gardening, interior design, and government, and she was active in the Episcopal Church wherever they lived. While in D.C. she and her husband were active in the St. John’s Child Development Center. In Chestertown, she served as the liaison between Heron Point and the C300 Planning Committee, helping Dave McIntire to organize the parade celebrating Chestertown’s 300th year. At Heron Point, she served on the Resident Council and the Future Planning Committee, and spent many satisfying hours as a buyer for the gift shop. She was also one of the early and enthusiastic supporters of the National Music Festival. A few days before her death, when asked if she wanted her beloved music to be turned on, she said, “No, I have it in my head.” She is survived by her daughters Betsy Butler of Chestertown; Marley Joyce of Santa Fe, New Mexico; Carol Tait of Pawley’s Island, South Carolina; son Edward Thomas “Tom” Tait (Louise Hayes Tait) of Washington, D.C. and Prince Frederick, Maryland; a brother William Clair “Mike” Weaver (Donna) and her daughter Consuela of Yardley, Pennsylvania; 10 grandchildren and 16 great-grandchildren. A Memorial Service will be held at Emmanuel Episcopal Church in Chestertown Thursday June 24th at 2pm. In lieu of flowers, donations may be made to Emmanuel Episcopal Church or the National Music Festival.

The family of Betty Weaver Tait created this Life Tributes page to make it easy to share your memories.

Send flowers to the Tait family.