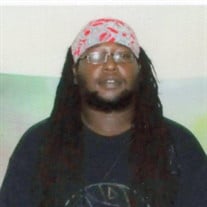 Baynard Lionnel Wright was born on February 17, 1976 ;to Jeanine Wilson of Millington, MD and Baynard Wright of Dover, DE. Baynard departed this life on Monday September 13,2021. He's proceeded in death by his maternal grandparents, Lewis and... View Obituary & Service Information

The family of Baynard Lonnell Wright created this Life Tributes page to make it easy to share your memories.

Send flowers to the Wright family.