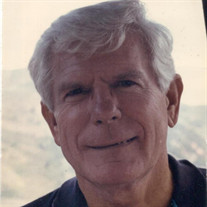 Albert Bondsfield Gipe, of Royal Oak, died on April 15, 2021 at home. He was 95. Born in Magnolia, Harford Co, MD, June 21, 1925, he was the son of the late Milton Albert and Mary Regina Smith Gipe. After graduating from Old Post Road High School in Abington, MD in 1942, he worked as a draftsman at the Aberdeen Proving Grounds. In January of 1943, he joined the U. S. Navy. After boot camp, he applied for the Navy V-12 officer training program and attended John Carroll University and then applied for Naval ROTC program. After graduating from John Carrol University in October of 1945 with a degree in Naval Science and a commission as an Ensign, he was assigned to a destroyer and served in the Pacific and China areas. After his discharge in July of 1946, he enrolled in Marquette University to pursue an electrical engineering degree while working full-time at the Allis Chalmers Manufacturing Company. After receiving his degree in June of 1948, he worked for the Edgewood Arsenal as an Assistant Chief Engineer of the Medical Division. In 1951 he left Edgewood to join Whitman, Requardt and Associates as an Electrical Engineer before becoming a partner in the consulting firm of Miller, Schuerholz and Gipe. In 1963 he became the sole proprietor and later partner in the firm of Albert B. Gipe and Associates, a firm which he, in 1971, sold to Walter Kidde & Co. for whom he continued to work. In 1977, he started his own firm, Gipe Associates, Inc. with offices in Baltimore and Easton, retiring in July of 2002. He served as Chairman of the Board of that company. An author of many engineering papers, he was a registered professional engineer in Maryland, D.C., Delaware, and West Virginia. Among his many professional affiliations were the Consulting Engineers Council of Maryland of which he was a past President, past National Director and a Fellow of the American Consulting Engineers Council and the recipient of the ACEC Community Service award, past Chairman of the Industrial and Commercial Power Systems Committee of the IEEE, past President of the Building Congress and Exchange of Baltimore, past Chairman of the Advisory Committee to the State of MD, General Services Selection Board, past member of the Talbot County Building Code Committee, past member of Board of Directors of the Maryland State Chamber of Commerce, Board of Visitors of the University of Maryland, Board of Directors of Leadership Maryland and the Federal General Services Administration and the National Register of Peer Professionals. He was a life member of the Institute of Electrical and Electronic Engineers, the National Society of Professional Engineers, The American Society of Heating and Refrigeration Engineers and an Emeritus member of the illuminating Engineers Society. Devoted to this community, he was a member and past President of the Easton Rotary Club, past President of the Talbot Hospice Foundation, served on its Board of Directors and was Chairman of the Fund-Raising Committee for the first phase of the Talbot Hospice Building as well as serving as the Chairman of the Building Committee for the first and second phase of construction of Talbot Hospice. A past Chairman and Board member of the Academy Art Museum, he was also past Vice President and Board member of the Waterfowl Festival, Inc., past member of the Habitat for Humanity of Talbot County, past President of the Rotary Youth and Community Fund and member of the Waterfowl Chesapeake Inc. Board of Directors. The recipient of numerous awards and honors which include the American Consulting Engineers Council Award of Merit for Design of the Marine Science Lab at Horn Point, Talbot Co. Chamber of Commerce Businessman of the Year, the Hospice Network of MD, You Make A Difference Award, Waterfowl Festival President’s Award, American Consulting Engineers Council Community Service Award as well as several Easton Rotary Club citations and awards. His hobbies included hunting, fishing, boating and golf. Mr. Gipe is survived by his wife, the former Dagmar Dunn Pickens, whom he married in August of 1987; three children, Michael A. Gipe and his wife, Marie, of Saratoga, CA, Kathleen A. Hefner and her husband, John, of Olympia, WA and Patricia A. Lesnoff and her husband, Michel of Federalsburg, MD; a step-daughter, Leslie D. Pickens Orndoff and her husband, Eric of Royal Oak, MD; a step-son, William Shannon Pickens and his wife, Heather, of St. Michaels; two grandchildren, Jesse E. Gipe and B.Todd Hefner; four step-grandchildren, Gabrielle D. Pickens, W. Sydner Orndoff, Ellia D. Orndoff and J. Crawford Orndoff; a great-grandchild, Lucas T. Hefner and a sister, M. Regina Tehsman of Hollywood, MD and his beloved nieces and nephew. Another sister, Ethel M. Woolley is deceased. Visitation will be held at the Fellows, Helfenbein and Newnam Funeral Home, P.A., Easton, Maryland on Wednesday, April 21, 2021 from 6-8PM. An Elks Memorial Service will be held that evening at 8PM. A graveside service will be held at the Oxford Cemetery in Oxford, MD on Thursday, April 22, 2021 at 10AM. Live streaming will be made available at www.fhnfuneralhome.com . Memorial donations may be made to the Talbot Hospice Foundation, 586 Cynwood Drive, Easton, MD 21601

Albert Bondsfield Gipe, of Royal Oak, died on April 15, 2021 at home. He was 95. Born in Magnolia, Harford Co, MD, June 21, 1925, he was the son of the late Milton Albert and Mary Regina Smith Gipe. After graduating from Old Post Road... View Obituary & Service Information

The family of Albert Bondsfield Gipe created this Life Tributes page to make it easy to share your memories.

Send flowers to the Gipe family.